Everything you need to know about the Archians 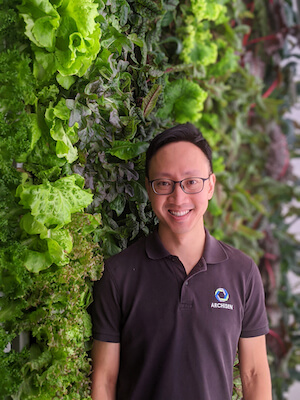 Prior to starting Archisen, Vincent Wei co-founded BioMachines, a startup that developed a platform technology specialising in applications for Agriculture and Smart Cities. As the COO of BioMachines, he developed and managed projects that involve sensor instrumentation, sensor integration, wireless communications, pervasive networks, cloud computing, and environmental monitoring. As the CFO, he helped the company generate $2.5M in revenue from 2012 to 2015. Vincent holds a Bachelor of Engineering in Mechanical Engineering from National University of Singapore. Throughout his career, Vincent has developed a wealth of experience in various IOT projects, including the areas of Agriculture, Urban Microclimate, Geotechnical Monitoring, Remote Surveillance, Wireless Sensor Networks, Urban Greenery, Environmental Monitoring and Tree Growth Analysis. 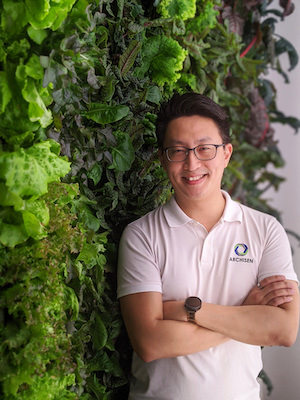 Sven Yeo is a serial entrepreneur who previously founded/co-founded the companies In Vitro, BioVocate and BioMachines. Previously, he served as the CEO of BioMachines, an Internet-of-Things startup that developed a platform technology specialising in applications for Agriculture and Smart Cities. Under his leadership, the company became profitable and generated revenues exceeding a million within the 2nd year and has grown the team from 4 to above 10 during his tenure. Their clients included research institutes, government agencies and MNCs in Singapore, Indonesia, Malaysia, Thailand and the US. Sven graduated from NTU with a Bachelor of Biological Sciences and is passionate about entrepreneurship, design and technology. 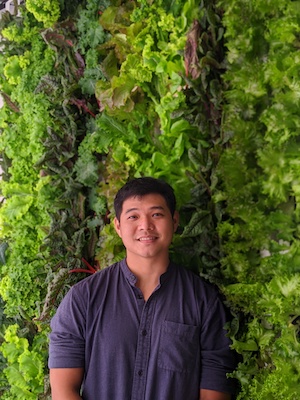 Dickson is a wide-eyed 30 year-old whograduated from NUS studying a group of rarely seen and often misunderstoodinvertebrates: leeches. Back in college, he partook in activities ranging fromstage acting and contemporary dancing, to leading a team of fellow students to Cambodia for a OCIP under the YEP. He intends to pursue a career in researchbecause he believes that research and experimental work can make the world abetter place by giving us depth in our understanding of it.

On weekends, you might find him riding his bicycle around the island, or if time allows, trekking the mountains of SouthEast Asia. He sees the world through the eyes of a conservation biologist, andas such he tries to go green in all things. 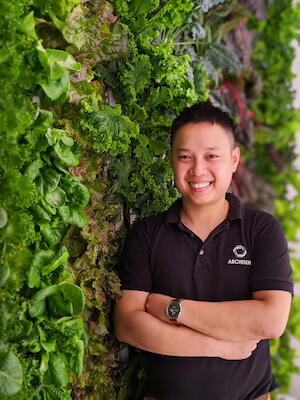 Jia Hui is a chemist, having completed his B.Sc. (Hons) in Chemistry and Biological Chemistry, and his PhD in Sustainable Earth Research at Nanyang Technological University. In completion of his Ph.D thesis on photocatalytic water treatment, he gained extensive experience in transient absorption spectroscopy, electrochemical techniques, and analytical chemistry methods. Being passionate about food sustainability and food security, he envisions a technology-driven agricultural practice, where the farmers understand their crops' nutritional needs using chemical sensors, and then accurately meet those demands to minimize wastage and pollution. 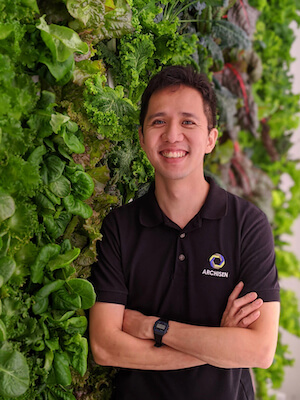 Yongliang graduated with a Bachelor of Electrical and Electronics Engineering in 2011 and a Masters of Information Systems 2017; both degrees were obtained from Nanyang Technological University. Prior to Archisen, he joined companies in the aviation industry where he performed integration and tests on aircraft avionics systems. He also co-developed with a team of four a minimum viable product that was showcased in Singapore Airshow 2014. He made a drastic career switch from aviation to agriculture as he believed that there's a huge untapped area of development and exploration in high-tech agriculture. He hopes to improve food security with customised system optimisation with the help of technology, especially for a land-scarce city like Singapore. 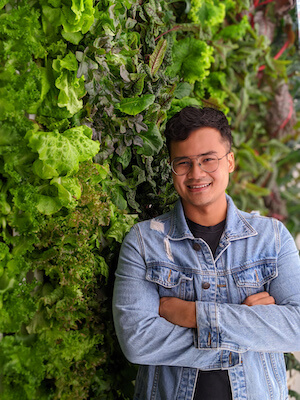 Muhammad Syafiq graduated with a Bachelor of Engineering with Honours in Software Engineering in 2020, obtained from Singapore Institute of Technology (SIT). Having a passion for web design and development, Syafiq joined Archisen directly after his university internship to further the development of Croptron. He heads the software development team and all aspects of software-related issues in Archisen. He aims to provide the best possible platform for Croptron users and in turn, increase the efficiency of the processes in urban farms. 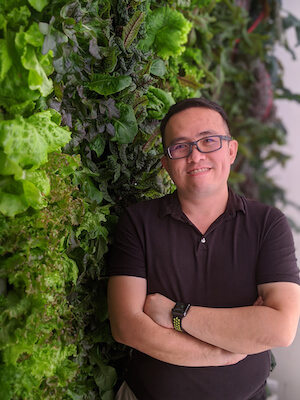 Tiong Ley graduated with a Bachelor Degree of Science with a major in microelectronics in 2002 from Campbell University, North Carolina, US. Prior to Archisen, he joined companies in various fields of manufacturing industries such as pneumatics, electronics, printer ink cartridge assembly production, hard disk substrate processes and medical device manufacturers, in automation and control engineering roles. With years of experience in the automation industry, he hopes to establish high density automated urban farming systems to boost urban farming production within the limited available spaces. This will bring sustainable agriculture products to urban areas without compromising the freshness and quality of these products. 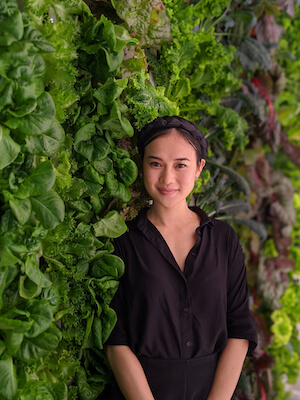 Amy has worked in high-tech agriculture since 2015. Prior to Archisen, she started her career in The Netherlands at one of the biggest vegetable breeding companies in the world, where she gained extensive experience in Marketing and Business Development. With a background in Industrial Design Engineering and a Master of Science degree in Strategic Product Design from Delft University of Techology, she applies simultaneously design thinking to build the Archisen brand. Being passionate about food sustainability and packaging design, Amy joined Archisen in 2020 after she moved to Singapore to further make an impact on food ecosystems. 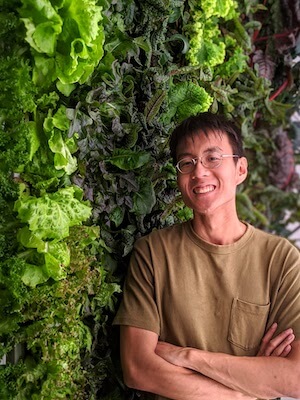 Zhi Heng joined Archisen after he graduated with a Bachelor of Aerospace Engineering from Nanyang Technological University. Since young, he had a keen interest in Agriculture and made a bold decision to pursue this field during his undergraduate years. Zhi Heng first joined Archisen as an Operations Intern, and this experience compelled him to contribute further in shaping the agricultural landscape in Singapore. He strives to lead his team in ensuring operational sustainability and efficiency to provide customers with quality produce ultimately.

Patrick spent more than 15 years in sales, training, and product development in the retail industry. As an active person, he fancies the outdoor ambience and enjoys interacting with customers. He feels motivated knowing that customers had enjoyed and benefitted from the products he sells. Outside of work, Patrick enjoys exercising in the gym and engaging in creative activities such as art jamming and handicrafts. His innate foodie-ness, coupled with a sweet tooth, propels him to go food hunting and occasionally to indulge in sweet treats. He also revels in exploring new places and food options, so travelling is his jam. Patrick hopes to visit his dream destination, Japan, once the travel ban gets lifted.